Update: the following text was posted on April Fools’ day, 2014. yaxim (as well as yax.im) remain a little private project of its administrators, and there are no plans to get acquired, especially not by the military-industrial complex. Nevertheless, we encourage everyone with the respective capability to run their own servers for themselves and their friends!

In the last months, several big takeovers happened in the Instant Messaging world. Facebook bought Instagram and WhatsApp (but failed to get Snapchat), Rakuten got Viber, and Tango was bought by China’s Alibaba. We at yaxim used the exciting growth that followed the start of the yax.im service to unite with Booz Allen Hamilton, a strong partner that greatly values our assets.

With each news line of billions of US dollars changing hands for proprietary chat services, the yaxim team got more and more interested in monetizing a solution that is based on Free and Open Source technologies. However, without proprietary technology, secret scalability sauce, and other magic ingredients, the only valuable asset we had at our hands was your user data.

Fortunately for us, the number of users grew by a factor of 20 since the yax.im service was publicly announced. You, our loyal users, contributed to this success – and we consider it our honor and civil duty to transfer ownership of your data into the hands of a new, strong, partner. 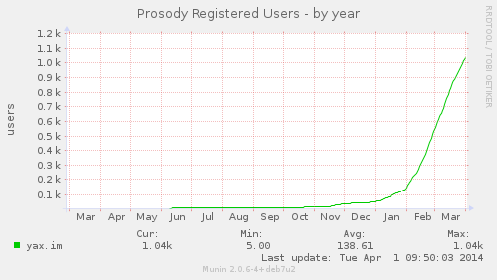 Booz Allen Hamilton (BAH) is a publicly traded North-American corporation with a strong background in security services, which perfectly matches yaxim’s goals (security, transparency). On the other hand, yaxim’s international placement is a good match to BAH’s announced plans to expand overseas and to bring peace and freedom to the Middle-East. Last, but not least, BAH are known for employing awesome people like Edward Snowden.

What Changes for You?

We have undertaken significant effort to make the transfer of ownership completely transparent for you, our dear users. The strongest benefit you are going to experience will be the existence of decentralized backup copies of all relevant data in Fort Meade as well as in Utah.

On the other hand, however, there will be a decline in yaxim development and slower reactions to service downtimes with yax.im, mainly due to the bad Internet connectivity on the new Caribbean island owned and inhabited by the yax.im administrators. 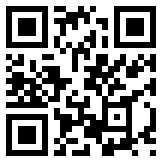 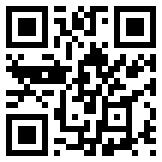